See ours lightning talk during BlinkOn13 , and our update from BlinkOn14

For the unfamiliar , the LaCrOS project decouples the Chrome browser from the Chrome OS window manager and system UI. The name comes from Linux And ChRomeOS.

But, why do we need to do that ? Let’s jump to more details.

This means, when a ChromeOS device is updated, only then the Chrome Browser is updated. It might be frustrating for someone who frequently switches from the latest desktop browser to a browser on ChromeOS.

LaCrOS is Google’s solution to this problem. It allows browser on ChromeOS to update independently of the operating system. Now, old chromebook devices also can have the latest Chrome Browser.

Separating the browser from the OS itself allows the end user to update the browser independently as we do for other devices like desktop, mobile.

On Chrome OS, the system UI (including the Ash Window Manager, login screen, etc) and the Web Browser are included in the same binary. LaCrOS separates this functionality into two binaries. Both of these binaries are built from the same chromium git repository, but they might have different versions. This means, Web Browser and ChromeOS can have different versions and will be updated separately.

Some of the key LaCrOS components are ChromeOS’ built-in Wayland Compositor (Exo) and the native Linux Wayland support (on top of Ozone). As part of the project, Linux Wayland is being enhanced to implement ChromeOS specific functionality so that the a newly created browser acts like a Web Browser under ChromeOS.

This new browser which uses Linux Wayland support underneath to communicate with ChromeOS is called a LaCrOS(Linux And ChRomeOS).

Ash-Chrome is the default browser of ChromeOS which is tightly coupled with ChromeOS. For client-server architecture, Ash-Chrome is often referred as a server and used as a synonymous to ChromeOS or Exo.

Exo(or Exosphere) is a wayland server implementation. LaCrOS is one of the client of Exo. There are other clients of Exo which includes ARC++(Android Apps on ChromeOS) and Crostini (Linux apps on Chrome OS).

Exo is a wayland server and it supports both the official and non-official wayland protocols. Just for an example, aura_shell is a non-official protocol which allows the LaCrOS browser to support the ChromeOS specific features like snapping a window and many more.

Implementation of LaCrOS is inspired from Chrome on desktop linux. My colleague Maksim in his talk Waylandifying Chromium has explained how a Wayland is used in Chromium.

Next obvious question would be how to build and run the LaCrOS Browser and contribute to feature LaCrOS development.

Refer to Chromium OS on Linux (linux-chromeos) before building code

You can download a GN args necessary to build a LaCrOS on linux-desktop from an already running linux-lacros-rel build bot.

The above command downloads the GN args and writes the file name args.gn in the output directory out/linux-lacros-rel. 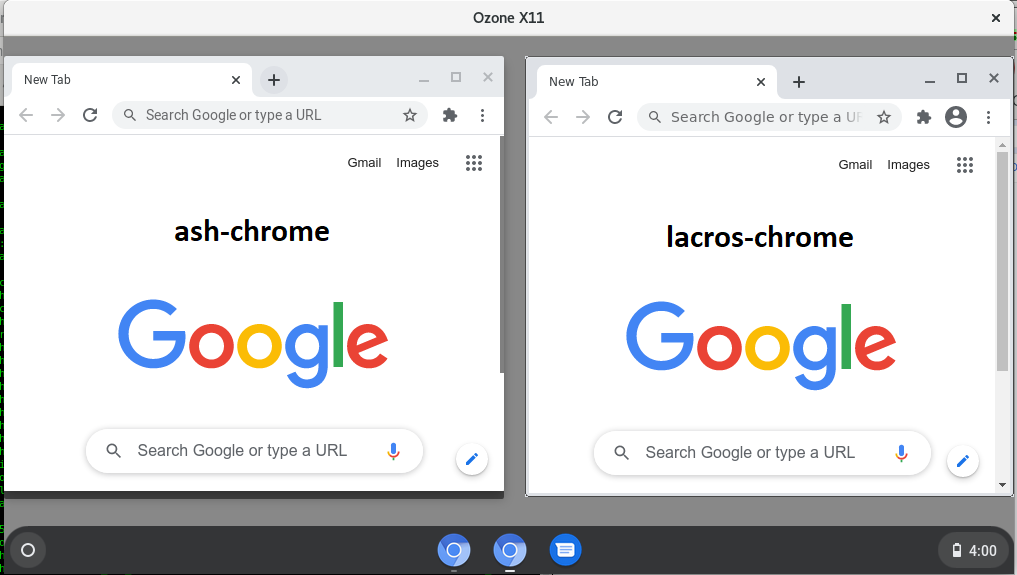 In the above image, the window of LaCrOS-Chrome looks visually different from the Ash-Chrome. If you look carefully, you will notice that the scrollbar and the browser window’s frame appear differently and LaCrOS-Chrome does not have drop shadows. 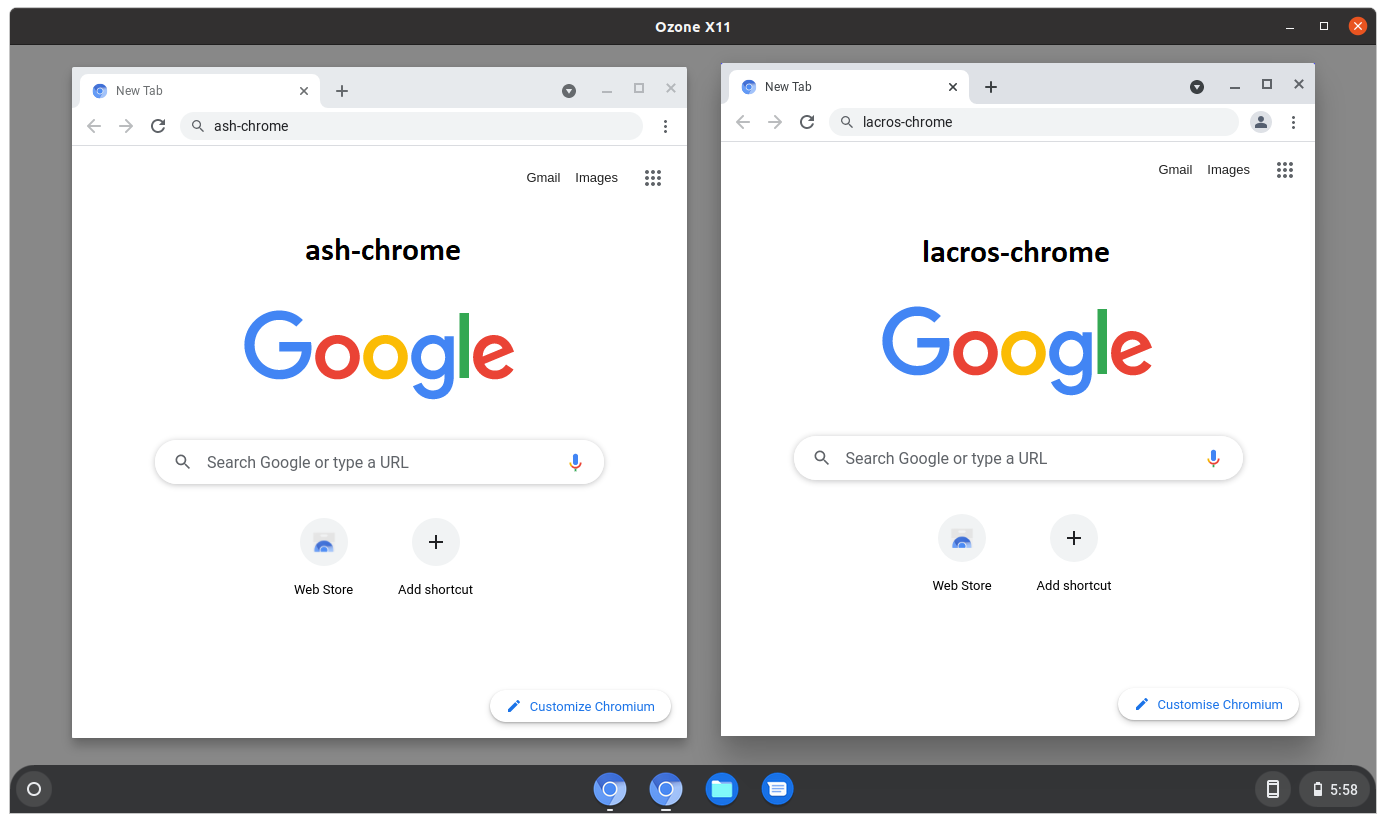 This image depicts the state of LaCrOS Browser at the time of the BlinkOn 14 conference. As you can see both browsers look almost identical.

Igalia’s contribution to LaCrOS in 2021

To achieve visual parity between both browsers, our team at Igalia has worked to support various features and bugs related to

LaCrOS Browser evolution in the last one year can be seen in this video.

This video demonstrated the visual similarities between the Ash-Chrome and LaCrOS-Chrome. You can notice the similarities for

In addition to what has been commented above, we recently completed the Multi Desk support and WebUI Tab Strip features:

Last but not least, our Chromium team is also working in parallel on fixing several window manager integration issues as part of this work, so please stay tuned for more updates on our efforts related to LaCrOS development :)